So I watched the Days of the future past this year and enjoyed it a lot! After the end credits I was wondering about the next movie, Apocalypse.

As a child I was fascinated by this villain and I started to imagine how they would design him for the big screen.

So after that, my friend called me to do a concept art contest in which we should re-design Marvel or DC characters... Then immediately I thought: I could re-design Apocalypse to a "movie" version!
Instead of waiting until 2016 I decided to do my own version of him.

I started with some sketches trying to keep true to the design that were already established. I know that most of the fans want to see the character look as close as possible to the originals. (Sometimes I have the same feeling towards some adaptations).
Nevertheless, Apocalypse has seen many variations, so I took some liberty... Soon I realized that he needed some major adaptation, because the visuals that may work on Comics or even Games not always works on movies.

If I did it similar to the comics, he could look not as serious as he supposed to be and appear like a real threat. So I decided to focus on the "Alien" side of him.
On the ancient Egypt he finds an alien technology and fuses himself with it, therefore, augmenting his powers. 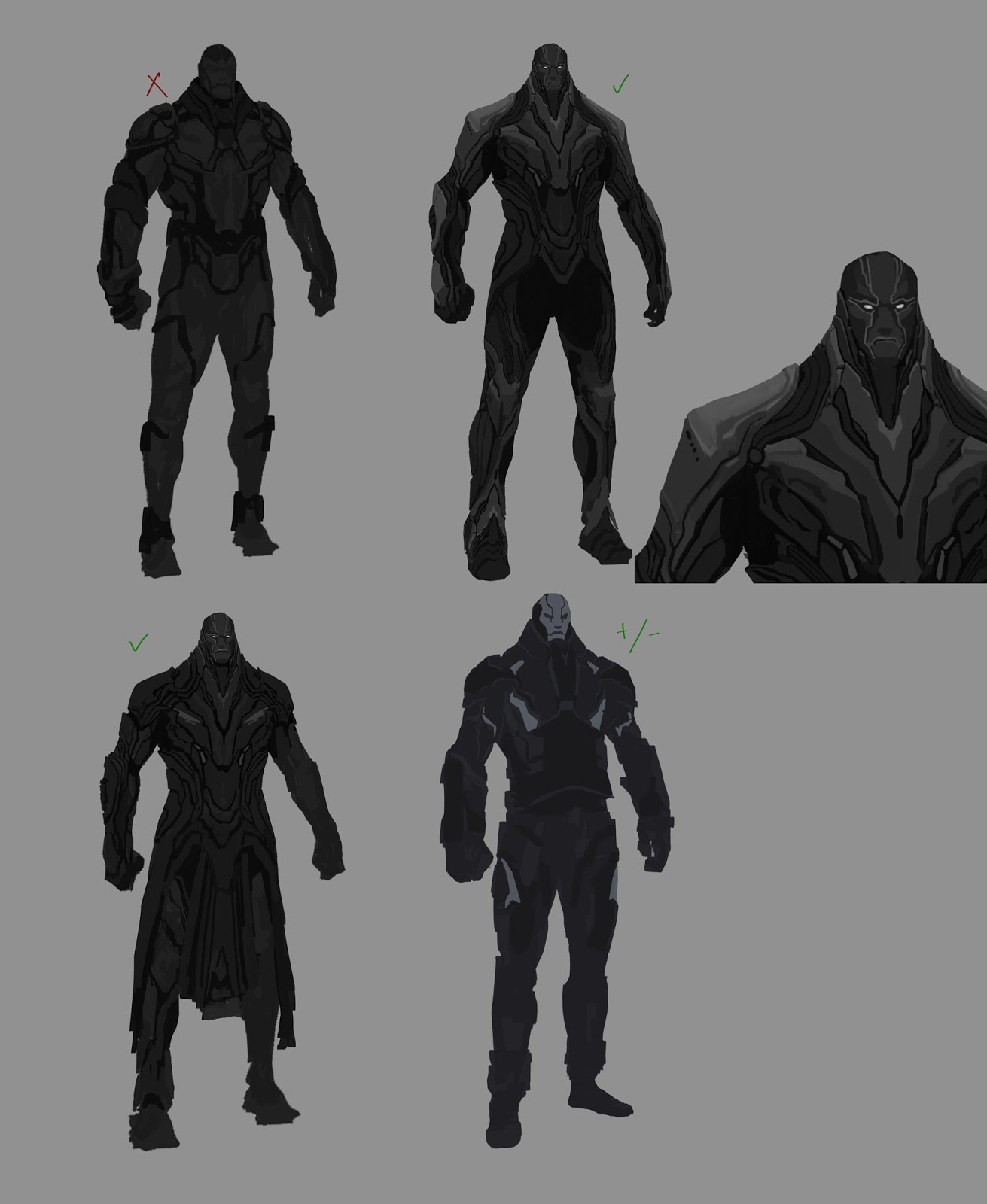 So I began to aim towards the alien thing... Also one of his powers is "molecular self manipulation" which means he can shape-shift! So I created this stripes and plates that could expand and change to become weapons and stuff.

I wasn't happy with the design so I decided to focus also on his Egyptian origins, making a "Alien High tech + Egypt". So for that I try to use some ideas from Egyptian costumes and also focus on some triangle shapes, which are very remarkable because of the pyramids. 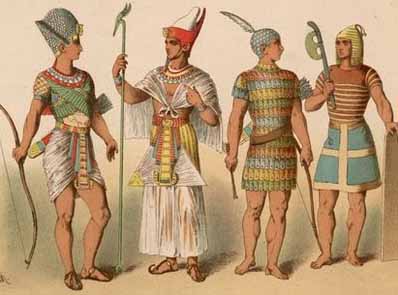 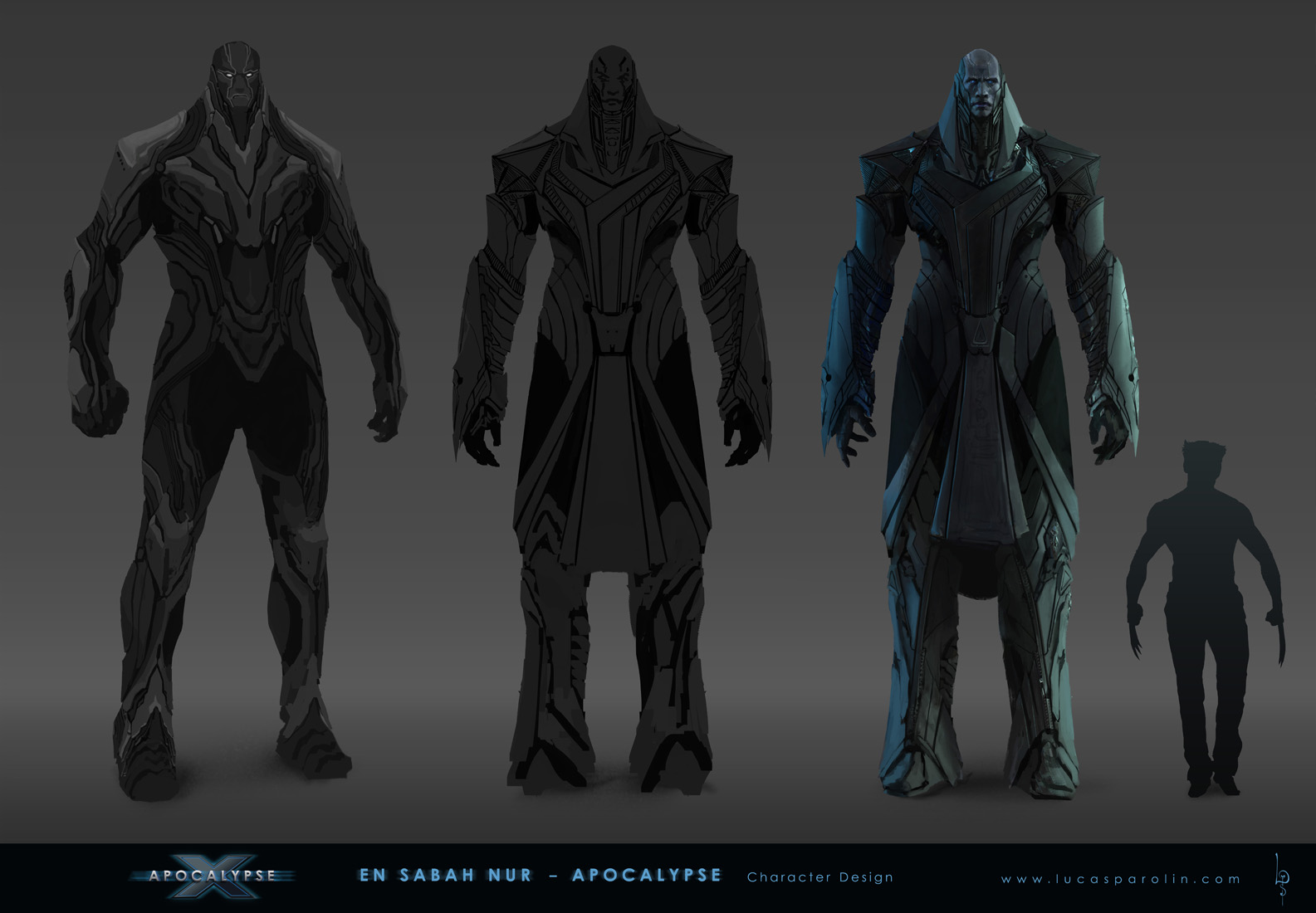 I believe that was a better direction because the "Alien idea" one was more generic and this character needs to look unique.

So after that I moved to the illustration piece. On the animated series, Mystique joins apocalypse and I believed that could be a good idea for the movie as well. 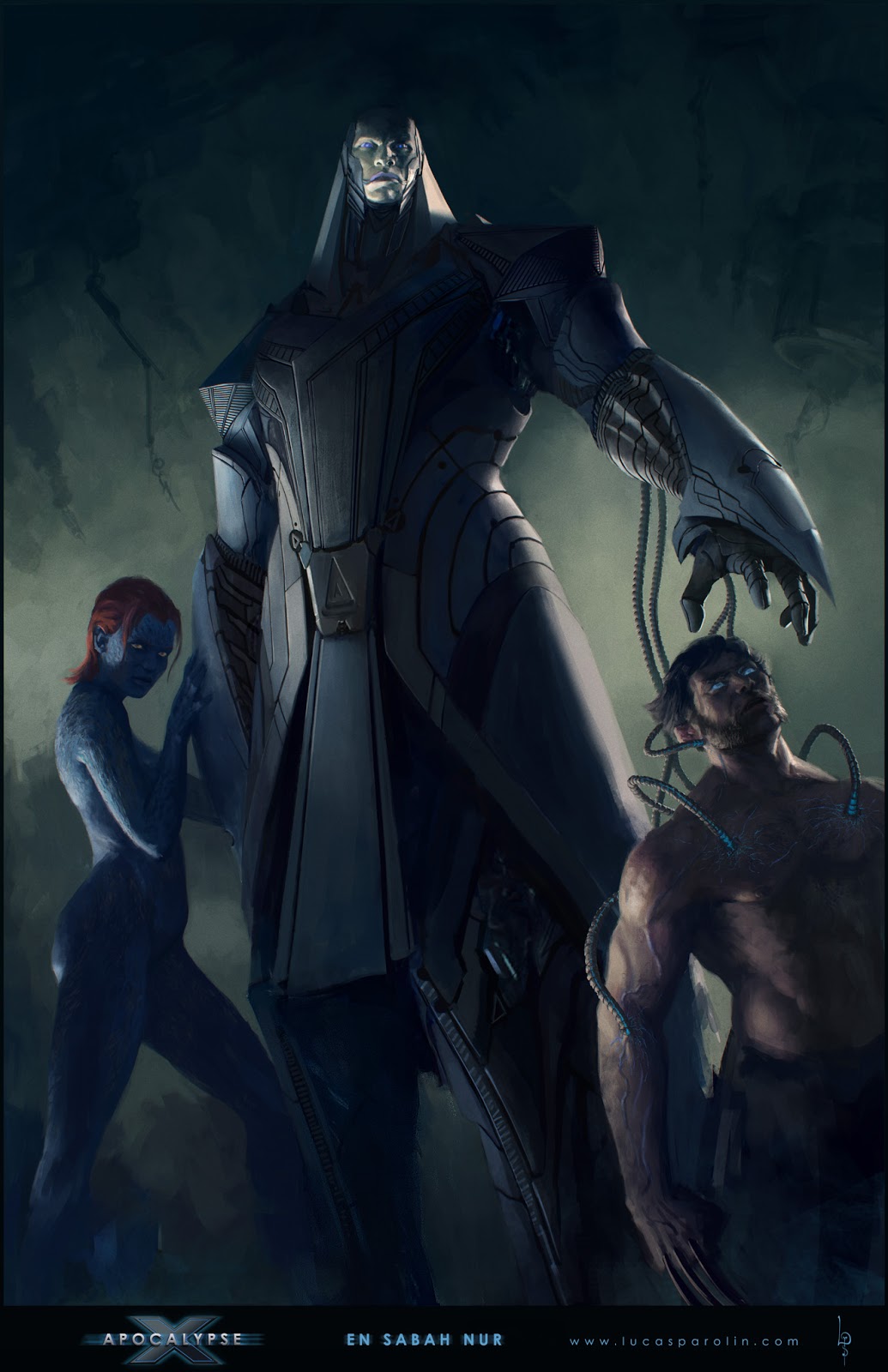 The actor I would choose to do the part, as many other fans suggested, would be Dwane Jhonson - the Rock. He has the body type and a good face for the character, I even did a paint-over of a picture of him to convince you! =) Just a little make up and vfx to change some proportions 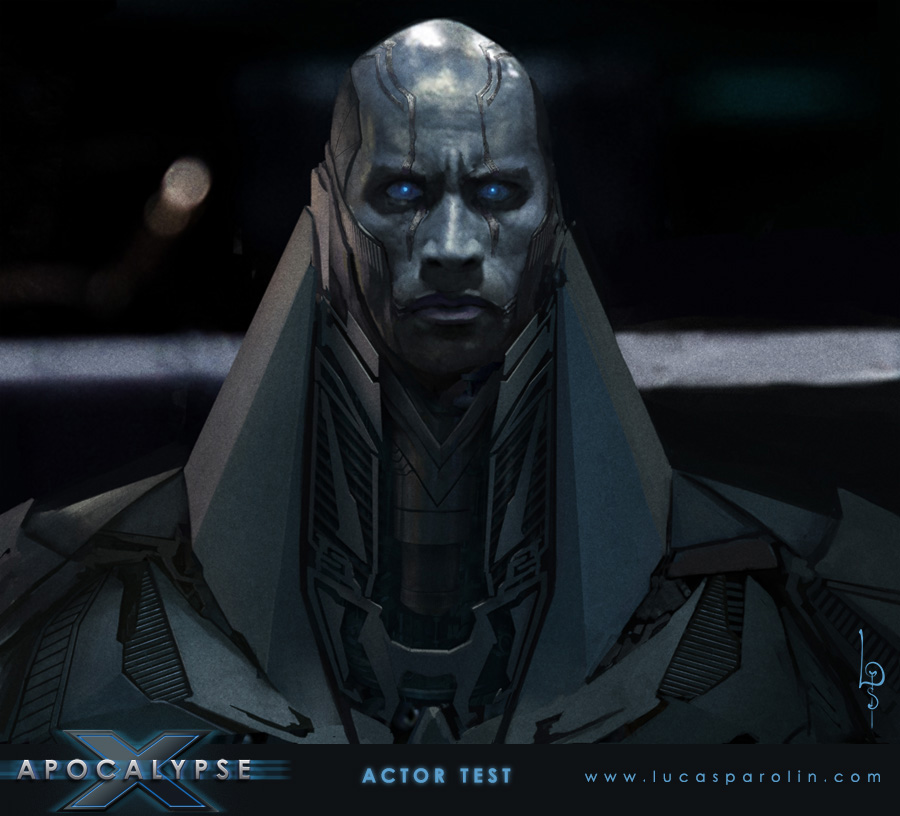